Effects of hypnosis: 5 actions you should know 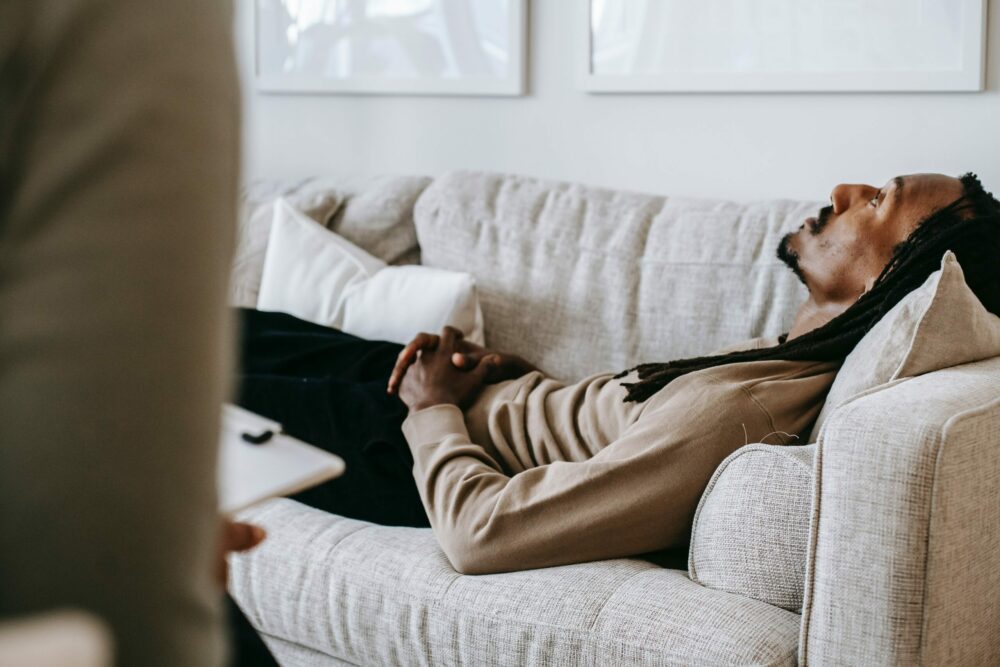 A therapeutic practice with multiple benefits

Even if it remains shrouded in mystery, hypnotherapy is attracting more and more people in a variety of fields, particularly in the health sector, where it’s becoming increasingly popular. This craze doesn’t derive from a fashion phenomenon, but rather from concrete results that testify to the effectiveness of this non-medicinal therapy in replacing general anaesthesia, alleviating physical or psychological pain and even overcoming a phobia. Medical hypnosis uses a rich palette of tools to induce a modified state of consciousness and bring about lasting relaxation. So what exactly are the effects of hypnosis? We suggest you discover 5 benefits among its vast field of action in this article.

1. Find a peaceful sleep thanks to the practice of hypnotherapy

Are you one of the 8 out of 10 French people who wake up during the night? (INSV/MGEN survey of 2020). Chronic insomnia affects 15.8% of the population between 15 and 85 years old. In these situations, the usual treatment is a prescription of hypnotics for a short period. However, deleterious effects occur when the use of these drugs becomes regular, which remains a risk since the cause of the insomnia remains untreated. Non-drug solutions are therefore essential to relieve the problems that cause sleep disorders.

With this in mind, Swiss researchers in Zurich and Fribourg conducted an experiment with 70 young women separated into two groups according to their receptivity or not to hypnosis. The sessions consisted of listening to a ten-minute text designed to put them to sleep or a neutral text. To obtain an objective measure of their sleep, recordings of their brain activity were made during their 90-minute nap. The results show an 81% increase in the duration of slow-wave sleep, without reducing the other stages of sleep. This phase has the characteristic of being particularly restorative. As a result, hypnosis induces a better quality of sleep. The study reveals a nuance, however, since the experiment works primarily on receptive people. Nevertheless, this significant improvement cannot be ignored.

Hypnosis acts on the main factors of sleep disorders: stress and anxiety. The sessions promote detachment from external stimuli and thus provide a deep state of relaxation. The hypnotic state has characteristics in common with sleep, such as drowsiness or a gradual change in the state of consciousness. By recalling the techniques learned during this practice, the patient manages to fall asleep more easily. A report by INSERM published in 2015 mentions the interest of this therapeutic method in the treatment of insomnia. 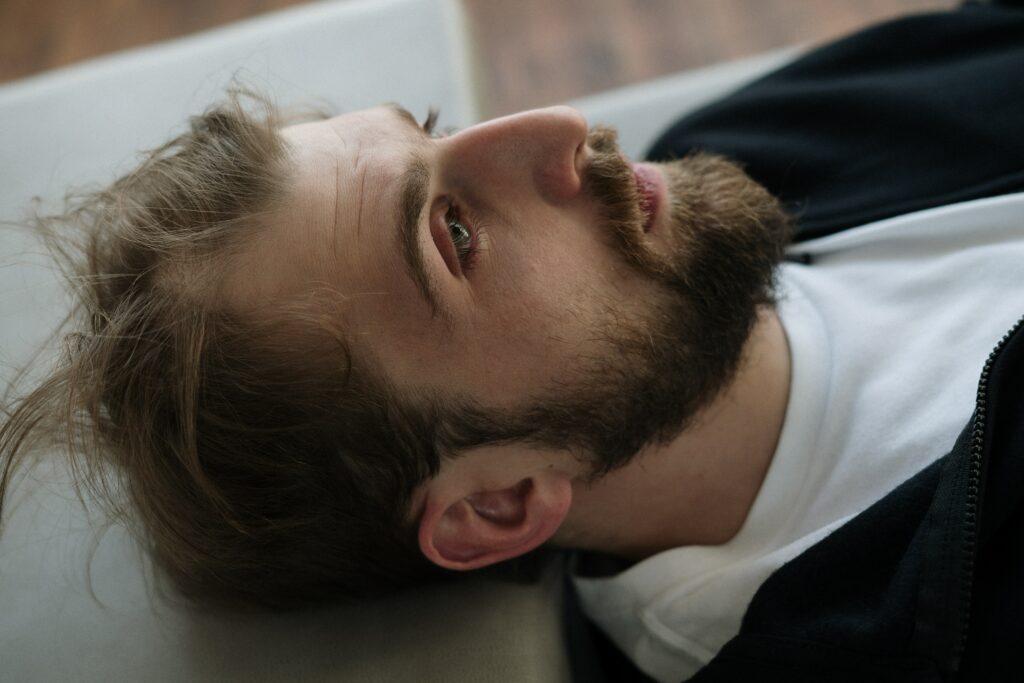 2. Working on your phobias during a hypnosis session

Did you know that there are nearly a hundred listed phobias? Some, such as agoraphobia or claustrophobia, are well known, while others, such as thalassophobia or amaxophobia, which respectively describe the fear of the sea and of driving, are more atypical, but just as disturbing to live with on a daily basis.

In the face of rational fear, our survival instinct is triggered, resulting in the production of neurotransmitters in the brain such as adrenaline and noradrenaline. These substances usually allow us to react to danger with an appropriate response such as flight. The mechanism at work in a phobia is similar, except that it arises from an irrational fear and this is a major difference. Phobic fears are thus based on false subconscious associations that analyse the danger as real or immediate, even though it’s not. These fears can spread excessively and become paralysing.

Hypnosis appears to be the therapy of choice in the treatment of phobias as it uses suggestion and symbolic representation during the sessions. The patient cannot face the object of his anxiety, as the emotions are too intense. In contrast, hypnotic speech suggests without showing and uses the altered state of consciousness to bring about a profound change. The therapist invites the patient to defuse the phobic crisis and suggests regaining control through relaxation. The practice accompanies the patient to anchor ideas in the subconscious. As a result, the negative association is reshaped over the course of the sessions to take a positive turn.

The stomach is often associated with the image of a second brain, as the digestive tract contains over 200 million neurons. The bi-directional connection between the gut and the brain means that a brain message can be translated into a contraction or change in transit. Therefore, emotions and stress influence the digestion area. These disorders range from acid reflux, bloating and nausea to irritable bowel syndrome.

The latter condition accounts for a large proportion of consultations with gastroenterologists, although no macroscopic abnormalities are usually detected during the colonoscopy examination. Apart from the prescription of symptomatic drugs, therapeutic practices are rarely proposed. Patients are left with a painful experience. However, hypnosis is a relevant alternative method in the case of digestive disorders.

Indeed, the National Centre for Scientific Research (CNRS) published a study in 2015 based on the benefits of hypnosis in the treatment of irritable bowel syndrome. The practice focuses on regulating emotions, creating a sense of relaxation and developing positive thought patterns. All of these actions lead to a reduction in anxiety and thus to a sense of relief from digestive disorders. In addition, its analgesic effect helps to release tension and relieve pain. When digestive disorders are caused by an imbalance in psychological health, hypnotherapy leads to a real improvement in symptoms. 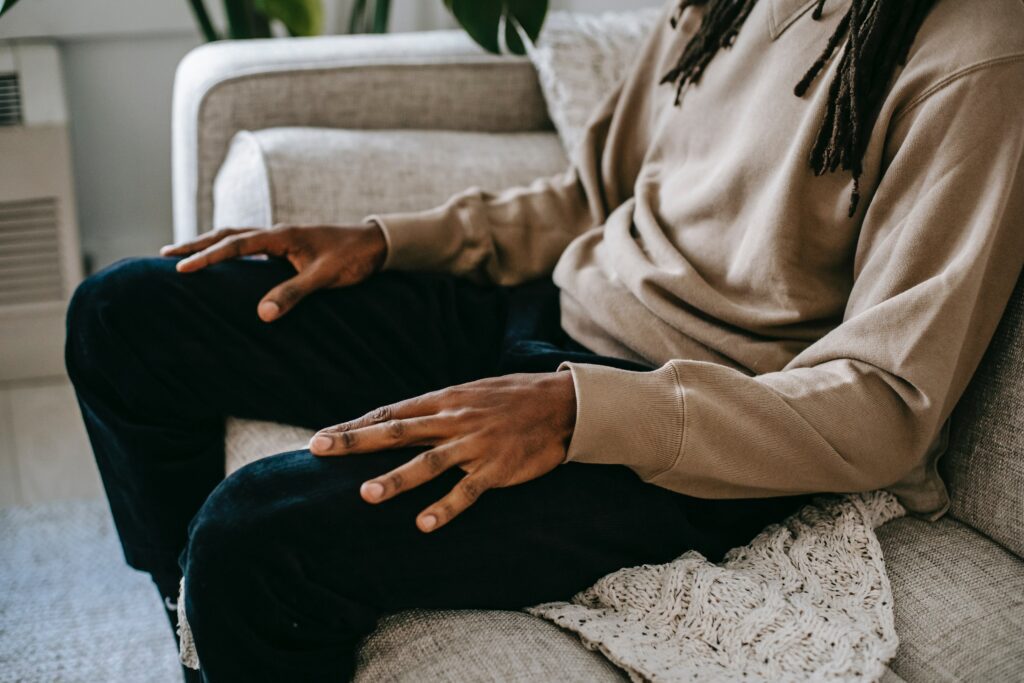 4. Reducing pain, one of the best effects of hypnosis

Pain manifests a dysfunction, like an alarm signal that informs of a nuisance. The intensity varies from person to another, so the emotional and physical experience cannot be generalised. The use of suggestion to change or reduce the perception of pain has been proven in numerous studies. Through imaginative exercises, the hypnotherapist leads the patient to relief.

Several studies demonstrate the effectiveness of hypnotherapy in reducing pain, which is why this therapy is of great interest in the hospital setting. A recent review of the literature by Jensen and Patterson measured the effects of hypnosis in chronic pain through nineteen studies. In the majority of them, the analgesic action is highlighted.

How can hypnosis be so effective? In the case of chronic pain, hypnotherapy helps to control its level of intensity, which makes it possible to manage it better and to apprehend the emotions with more distance. Hypnosis offers new ways of broadening the patient’s perspective and helping them to step back from their situation. Hypnotic tools range from distraction to mental imagery or learning how to manage the emotional flow. 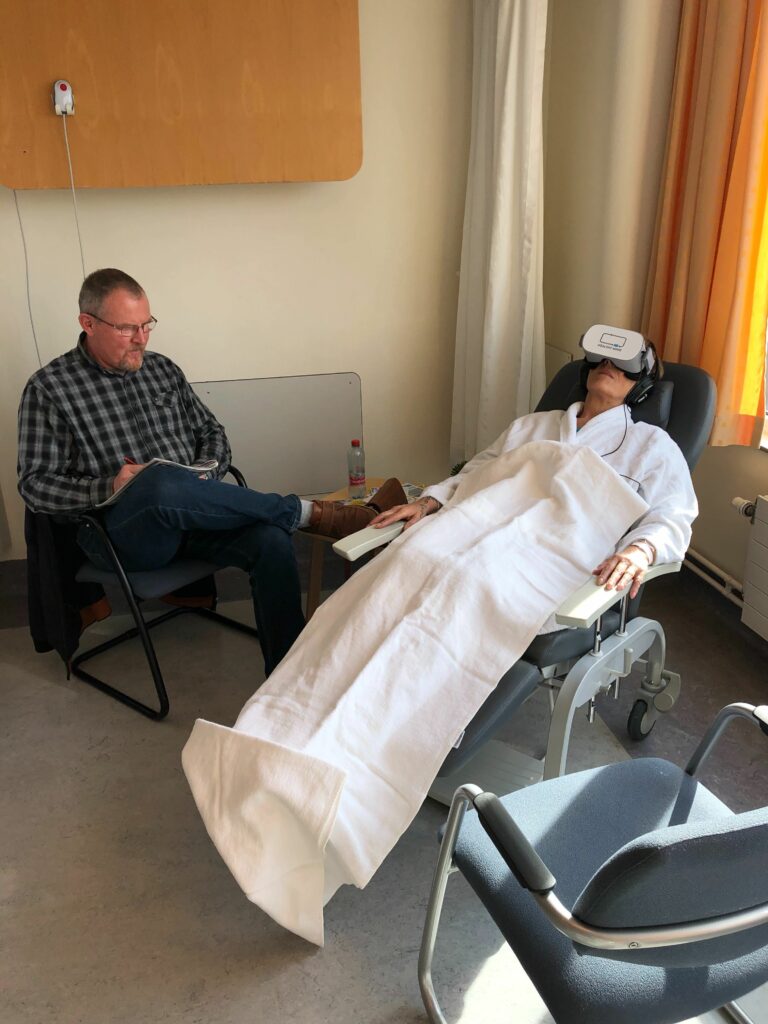 5. Calming nervousness or anxiety with the help of a hypnotherapist

Have you ever felt a lump in your throat or a pit in your stomach? These sensations are caused by feelings of anxiety. This varies in intensity from insecurity to unbearable discomfort. Anxiety disorders do not diminish with the simple awareness that the situation doesn’t require such a reaction.

Hypnosis is a great supportive therapy that aims at relaxation and better control of one’s emotions. During the sessions, the patient is invited to let go, which gives an immediate feeling of well-being. Hypnotherapy often offers an anchor with a safe place, where the patient feels protected. Focusing on this sensory experience keeps intrusive thoughts at bay.

Several studies have demonstrated the reliability of hypnosis in calming patients’ nervousness, whether before surgery or childbirth, in a palliative care unit, during a visit to the dentist or for people experiencing hot flashes and anxiety after breast cancer.

The practice of hypnosis doesn’t replace conventional medicine and doesn’t have a healing effect, it’s a palliative and not a curative therapy. This non-medicinal method is used to relieve pain, soothe the mind and alleviate symptoms. The effects of hypnosis can be increased tenfold when combined with other techniques. Virtual reality combines realistic graphics with soothing environments and immersive sound in a single device. These combinations produce an amazing analgesic and anxiolytic effect. We invite you to discover the effectiveness of the Healthy Mind virtual reality headset during a demonstration.

What is medical hypnosis?
What is the difference between meditation and hypnosis?
Hypnosis in hospitals: a bulwark against pain
Focus on music therapy and its health benefits