Menu
ASk for a demonstration

ask for a demonstration
Menu

Cyberkinetosis in virtual reality: what are we talking about? 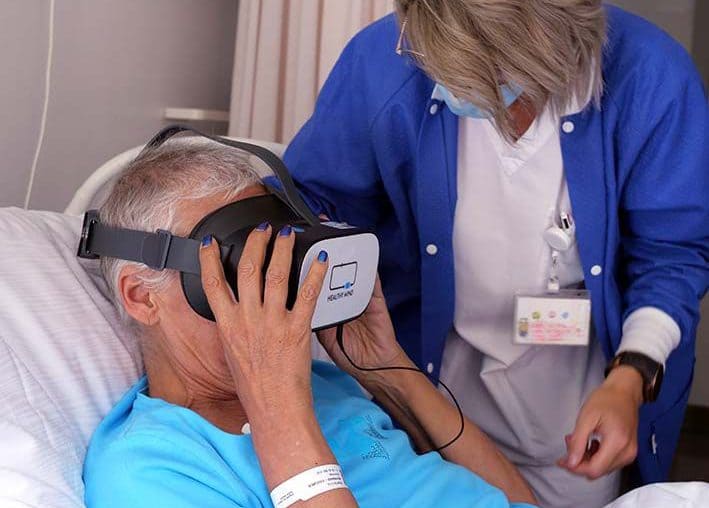 Understand all about VR motion sickness

Have you ever felt discomfort or nausea when travelling by car, boat or plane? This is not surprising, since “motion sickness” affects more than 3 million French people. Although not serious, the symptoms experienced are particularly unpleasant and disturbing in everyday life. If for a long time the occurrence of these effects was limited to vehicles, they no longer have a monopoly on them. Indeed, users of a virtual reality (VR) headset can experience the same discomfort when immersed. Where does this phenomenon of cyberkinetosis come from, why does it occur and how can it be avoided? You will find out in the following lines.

While cyberkinetosis is a recent ailment induced by new technologies, kinetosis has ancient origins. The first written accounts of this disturbance of the senses date back to 800 BC and refer to a “plague at sea”. At that time, ships were an essential means of transport for trade, war and migration. During ocean voyages, many passengers suffered from intolerable symptoms, so much so that our language will retain a trace of this, since the word “nausea” derives from the Greek word naus, the meaning of which in French is “navire” or ship in English.

Scientists now know that motion sickness, by whatever means, depends on the vestibular system. This set of sensory organs located in the brain and inner ear affects balance and spatial orientation. What actually happens?

When your vestibular system perceives movement whereas your visual system does not, then the dissonance leads to symptoms such as vomiting, dizziness and sometimes loss of balance. 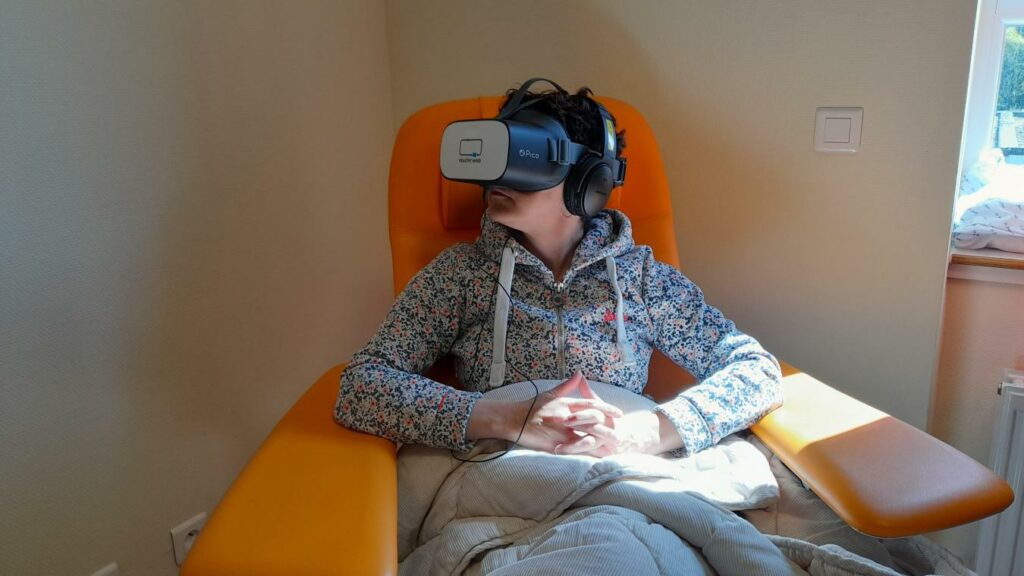 Cyberkinetosis: a conflict between the senses

The main side effect of virtual reality

To illustrate the effect of kinetosis, you can simply imagine what it feels like to be on a boat when you feel movement while the horizon remains immobile.

Cyberkinetosis is the opposite process: you stay still, but you feel movement in a virtual world. You don’t move at all, but the character you embody is walking, running or jumping. This dissociation causes the same effects as motion sickness. By receiving contradictory information, we experience a sensory conflict.

From a clinical point of view, there is no difference between the two states, as the symptoms and sensations are identical. Eugene Nalivaiko, Associate Professor at the University of Newcastle in Australia, puts it perfectly in his comparative study of kinetosis and cyberkinetosis.

In 2011, 30 to 80% of users of virtual reality objects experienced kinetosis. As technology has improved, this figure has dropped to 25-60% of users. The widespread occurrence of this phenomenon is not surprising, as the human body adapts to a world transformed by technology, a skill it did not inherit. Among the side effects of virtual reality, cyberkinetosis remains the major drawback of immersions.

Why does the disconnection of our vestibular and visual systems lead to nausea or other side effects? To answer this question, there are three theories, all based on the premise that the body misinterprets the signals it receives. These messages are interpreted as :

Nevertheless, the first theory remains the most commonly accepted.

The symptoms of virtual motion sickness

The symptoms of cyberkinetosis, like those of kinetosis, are similar and include:

These effects appear in the first few minutes of immersion and fade rapidly after the end of the experience. Several factors influence the onset of cyberkinetosis, such as the virtual environment offered (rollercoaster ride, sensation of speed, etc.), the duration and frequency of exposure. Therefore, to reduce the effects of 21st century kinetosis, it is recommended to

These recommendations are in line with those made by the Anses (French National Agency for Food, Environmental and Occupational Health Safety) in its guide to good practice in the use of virtual and augmented reality. How to reduce the effects of cyberkinetosis in virtual reality?

Healthy Mind virtual reality software is designed for therapeutic purposes. The objective of the immersions is to alleviate anxiety and pain. The device is thus adapted to the hospital context and to the needs of the medical team. It was therefore essential to prevent the onset of cyberkinetosis in order to not generate additional discomfort for the patients.

In “classic” virtual reality immersions, the user has the possibility to perform a movement, whether it’s a step forward or the observation of a 360° surrounding landscape. However, as we have just seen, this proposal favours the emergence of the ailments associated with cyberkinetosis.

For this reason, we have chosen to design our environments with a process of “teleportation” from one point to another, in the form of a circuit, rather than displacement. For example, the user stands in front of a landscape near a lake for 40 seconds, and then, following a short visual transition, is “teleported“ to the entrance of a forest where there is a deer nearby, and so on.

By removing the advance system, we also remove the effects induced by cyberkinetosis. On the other hand, the sessions remain fully adjustable and configurable to keep control over the duration of the immersion and only enjoy the benefits of VR.

For the sake of creating a truly soothing experience, we develop our immersions with the help of a team of anaesthetists and hypnotherapists. This close collaboration serves to avoid any problematic aspects in the interest of designing a calm and serene atmosphere. The scripting of the environments removes all anxiety-provoking or disturbing elements in order to promote relaxation.

Would you like to find out how the Healthy Mind system works? We would be delighted to explain it all during a demonstration.